This is an album of music composed and realized during the month of February 2016 for the RPM Challenge. This challenge asks musicians to create a CD of music during the month of February. Ten songs or 35 minutes to shake off the cobwebs and produce some music. I used the time to continue my exploration of the Partch Tonality Diamond and a Markov Chain Drunkard’s Walk algorithms applied to music generation. I use Csound to make the audio files, and a preprocessor written in Pascal to create the Csound input files. The preprocessor is a list processing program that takes as input lists of choices, then selects using different random processes what the next measure, note, section, or any other alternative will play.

I approximate the tonality diamond with 72 equal divisions of the octave. This simplifies much of the complexities of sliding from one note to the next. There are a lot of slides in the music.

The musical instrument sounds are made with Csound and the McGill University Master Samples library, plus many samples of my own making. The latter include finger pianos, guitars, percussion, and other sounds. The preprocessor knows how to translate the required note to the right sample in a collection, and can sometimes pick one a little higher or lower than straight arithmetic would determine. This permits a controlled munchkinization of the sample set, where the wrong one is chosen deliberately to make a more harsh or mellow sounding instrument. 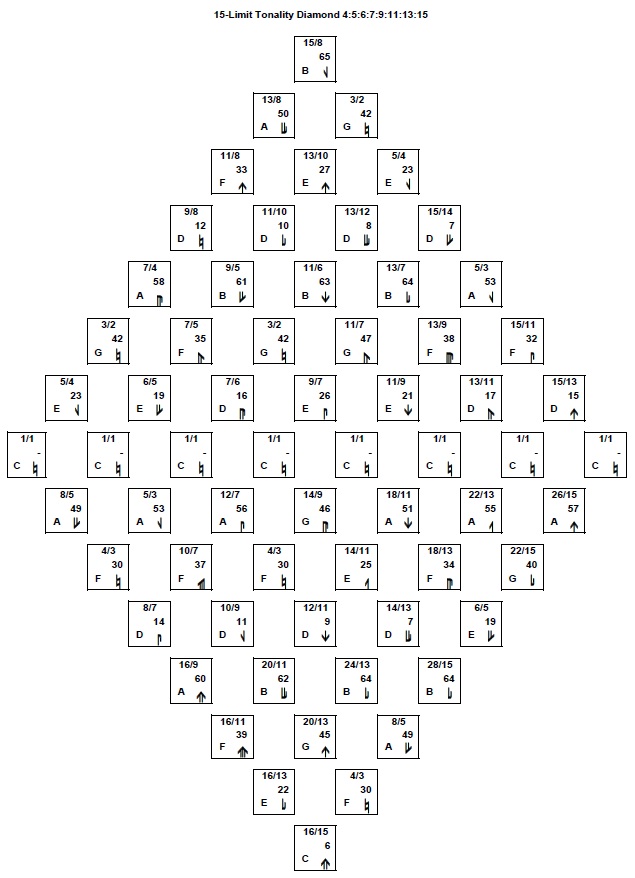 It snowed a lot in December last year where I live, so I chose a set of events during that snowfall as the theme of the pieces. Fifteen feet fell that month.