This is a realization of a hymn known as the “Old 100th”, originally written by Loys Bourgeois in the early 16th century. When I was growing up, we called it the “Doxology“, as the tune was heard most frequently as the setting for the following lyrics:

Praise God, from Whom all blessings flow;
Praise Him, all creatures here below;
Praise Him above, ye heavenly host;
Praise Father, Son, and Holy Ghost.

In my youth I sang it just about every Sunday in the Episcopal choir in Albany, NY, as a soprano.

Today’s version is a combination of the actual hymn, together with transformations where the next measure played is either the one before or the one after the current measure. It’s the Drunkard’s Walk Markov Chain, going either forward or backward through the measures.

The tuning is mostly conventional just intonation, with scales derived from the tonality diamond to the 31 limit. 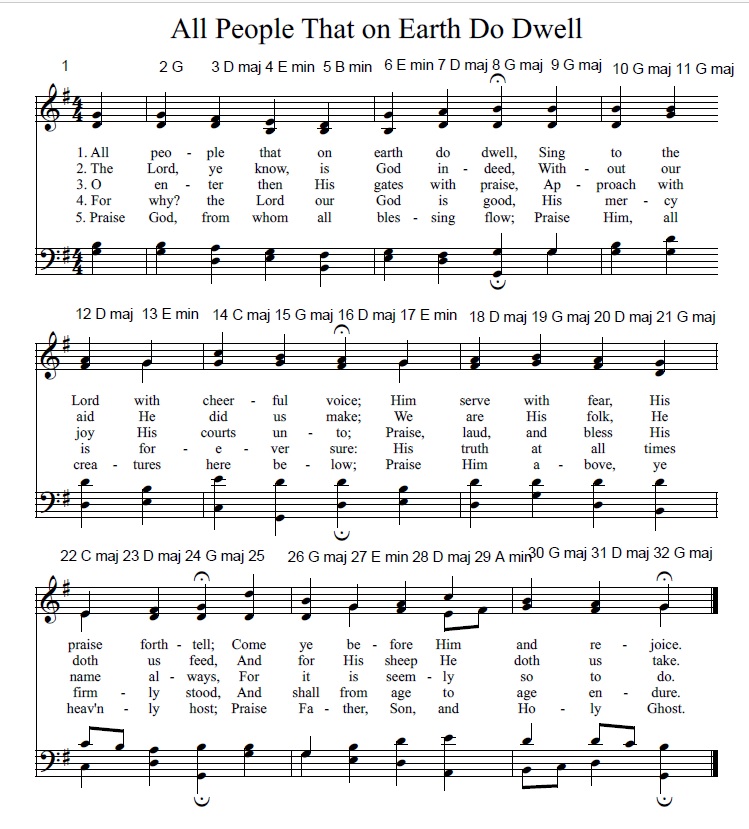