Today’s submission is based on a chorale synthesized by TonicNet, created by Omar Reacha. His paper, Improving Polyphonic Music Models with Feature-Rich Encoding from 26 Nov 2019 uses a type of deep neural network called the Gated Recurrent Unit to generate very nice Bach chorales. Here is the Paper and Code.

He used that network to create a database of 500 synthetic chorales in his next paper, JS Fake Chorales: a Synthetic Dataset of Polyphonic Music with Human Annotation from 3/31/2022. Here is that paper, code, and a web page that generates a fake chorale while you wait. 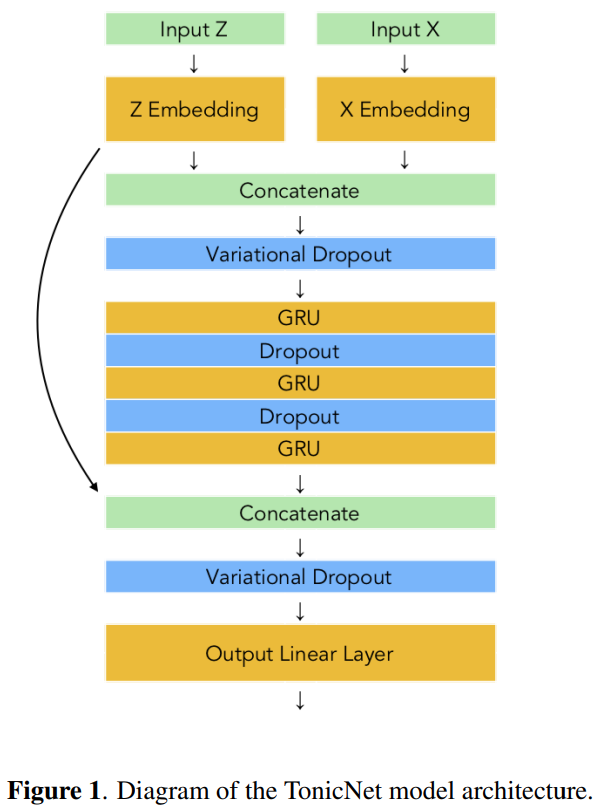 I used some python code to analyze the resulting 500 MIDI files to find those that met certain criteria:

I put them through some of my python programs that lengthen, repeat, and transform sections based on the pitch entropy of the time steps. This enables me to linger over suspensions and harmonic transitions using different manipulations of the notes.

The piece is scored for a large string orchestra of about 256 string instruments: violins, violas, cellos, and double basses. I include samples of each instrument playing without vibrato, with vibrato, martele, and pizzicato. The piece starts out with everyone playing at the same time, then moves to sections that are only one type of sample. They come back together after several sections to all play at once.

I used a tuning developed by Herbert Anton Kellner, which in the Scala repository is referred to as kellner.scl Herbert Anton Kellner’s Bach tuning. 5 1/5 Pyth. comma and 7 pure fifths. Since I didn’t know what key would end up chosen, I wanted to pick a tuning that could handle almost any key.

There is a separation between each of the four chorales. Just a brief pause.