I’ve been using Pandas dataframes to analyze the synthetic chorales I’ve created. I started by generating 500 of them. Then I use lots of python code to learn more about the chorales. Each chorale produced by the TonicNet GRU model consists of a variable number of time steps, each consisting of Soprano, Alto, Tenor, & Bass voices expressed in MIDI note numbers. Some of those time steps have notes that are not in the dominant root key of the chorale. These are often leading tones, or suspensions, or diminished chords, augmented, and so forth. Bach used these chords to produce tension, that was always resolved in a cadence of some sort. The TonicNet model was trained on hundreds of real Bach chorale, which are further augmented by transpositions of the existing chorales to all twelve keys, so that 1,968 chorales were used as input to the model. What is amazing to me is that the final model is only 4.9 MB in size. The Coconet model ended up as 1.6 GB in size. 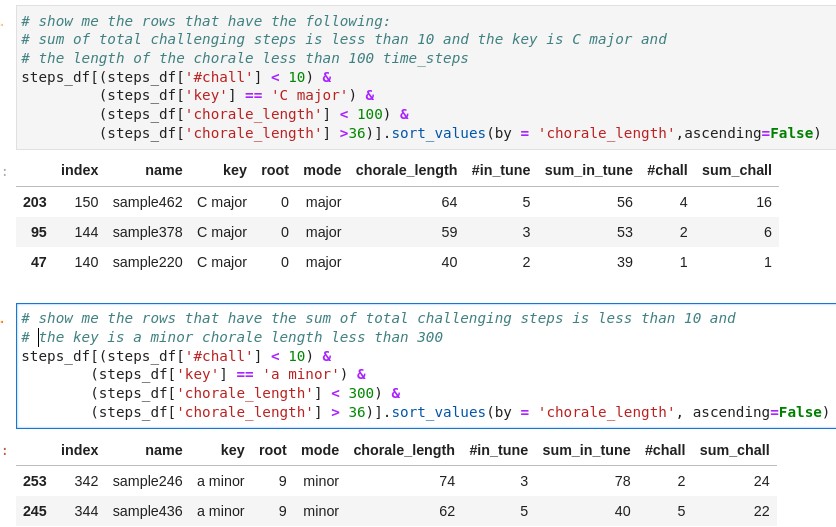 I did the same for A minor. The value of these measures is that it produces a final result of five preludes that in total lasts about 15 minutes. That is in contrast with an earlier version that had many more challenging steps and went on for an hour and ten minutes. I used Kellner’s Well Temperament.