This is a scale derived from the notes most commonly used in the remarks Hillary Clinton used in the small excerpt I’m working on. She says: “Honestly, I will do my best to answer your questions about this, but the the fact is that”. Her intonation is fascinating, at least to me. When I analyzed the pitches used in “honestly” and “answer” they were all over the place. I made a list of all the pitches and found 26 unique 72-EDO tones that spanned almost an octave from a low of F+ in the fourth octave to a high of E- in the fifth octave. I refined the list by averaging ones that were a few steps in 72-EDO away from one another. I ended up with these 12, and have been playing around with them to tease out their unique characteristics. This is a rich scale. There are many different pitch steps from one note to the next, from as few as 3 to as many as 9 72-EDO steps between notes. There are lots of major an minor triads, with a surprisingly frequent perfect fifth. 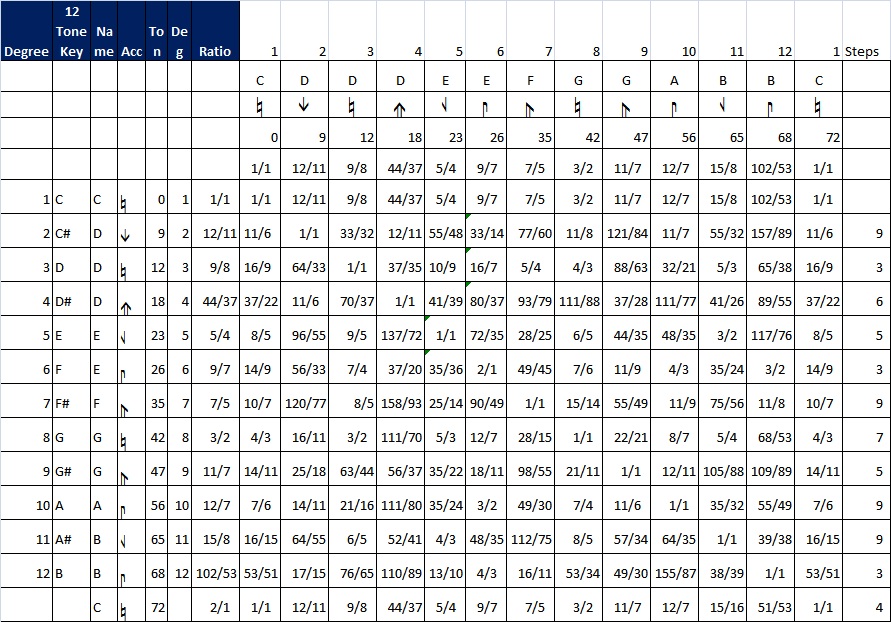 Here are some triads from the notes in the scale.