Casting about for a piece my cellist son could play at my daughter’s upcomming wedding, I googled Bach Cello March. This piece came up. It’s something my son played in Suzuki cello studies in 3rd grade. I bet he could kill it today, now that he’s in his late 20’s and has a great instrument.

Bach wrote it as one movement of a cantata, Vereinigte Zwietracht der wechselnden Saiten, BWV 207, for orchestra, soloists, and chorus. He was commissioned to write it to celebrate the appointment of Gottlieb Kortte as professor of Roman Law at Leipzig University in 1726. The title of the cantata translates as “United discord of quivering strings”, which sounds like a title Henry Brant might come up with. Do you suppose Bach had a sense of humor? Has anyone written “Johann in Love”?

The title, “Kortte lebe, Kortte blühe” translates as Kortte Live Kortte Flower. Let’s hope the good professor Gottlieb took the advice and flowered his Roman law like the best of them.

Dr. Suzuki transcribed the theme as a child’s piece for piano and cello.

I’m wondering if I could tune it to my G major on C Otonality scale that I used for the Gavotte II. Today’s presentation is the first 16 measures. 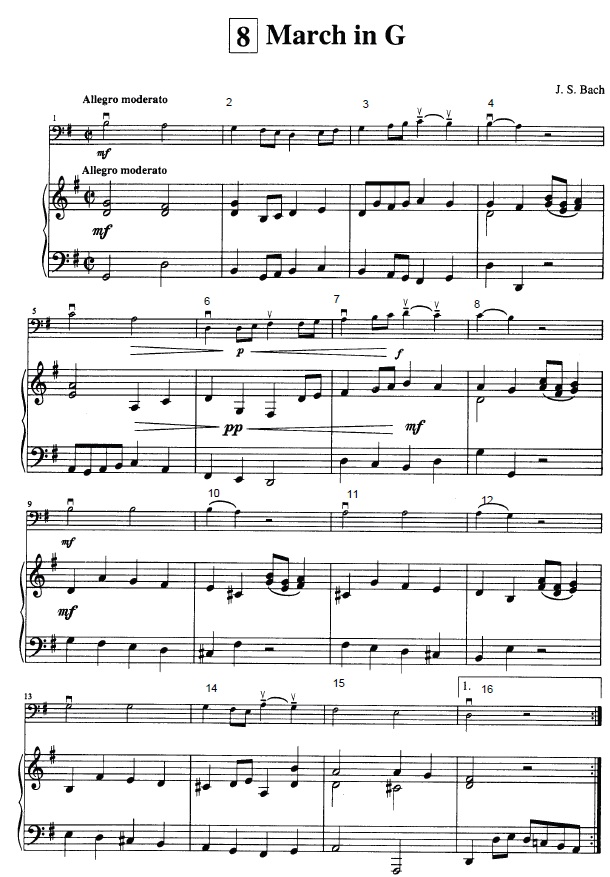