This is a complete version of Bach’s Goldberg Aria, together with variations of my own invention. The form is much like the Goldberg Variations by Bach, except the variations are much different. It starts and ends with the Aria as written, except for the tuning, and the slides, grace notes, modants, and trills which are executed on Prent’s Microtonal Slide Bosendorfer, so they are real slides. The variations are based on eight measure sections of the Aria: measures 1-8, 9-16, 17-24, & 25-32. The order of the variations are 1-8, 9-16, then 1-8 and 9-16 again, followed by 17-24, 25-32, which are also repeated. That makes a total of eight variations, each around two to three minutes long. They are separated from each other by a beat or two, just a short moment of identifiable silence or gap. Each variation chooses its own rhythm, volume, and density. Within the variation, the duration of each measure is from 1 to 32 times normal length. There is also a wide variety of envelopes, from normal piano to more of a bowed sound. The notes of the variations are taken from the actual Aria measures, in new ordering and new rhythms. In other words, the notes are all Bach, but everything else is generated by the algorithm of the preprocessor. I load the notes for each measure into a list and pick randomly from the list when I need a note. The randomizer attempts to peak each note no more often than any other note in the specific list. For example, in measure one, there are 3 G’s, two B’s, one D, and a mordant on A. In my variation I end up with a similar number of these notes, more or less, in a random order.

Mordants are implemented as Csound function tables like the following: 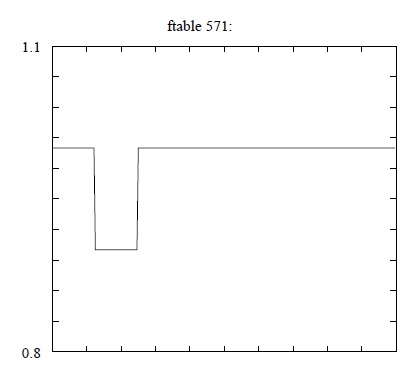 When applied to an A, that function creates a B A B mordant. Here is a trill that takes a note up and down a 27:25. 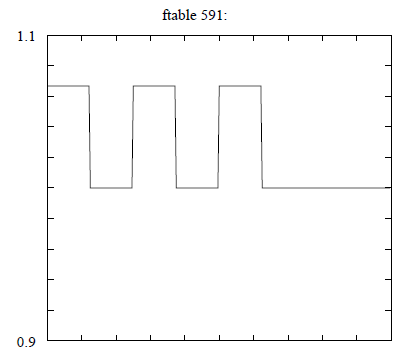 There are also some glide with vibrato slides like this one: 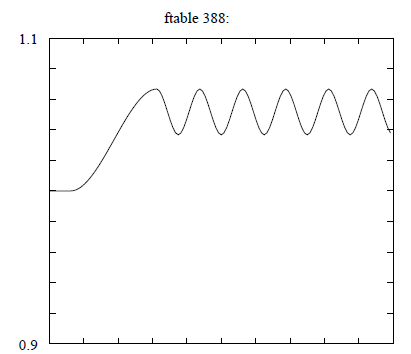 The tuning is as shown in the image below. The notes are derived from the tonality diamond to the 31-limit, extended to allow scales that are 9:8 above those in the diamond. Think if it as two diamonds on top of one another: one based on C and another on D. I could go on, I suppose, but this extension allows me to continue with the types of harmonies I’ve been playing around with lately, and still be faithful to the keys the composer intended. I just twist them somewhat. Each measure uses one 16 note scale, in order to approximate a diatonic major scale. Measure one for example, is in G major, and the scale derived from the tonality diamond to the 31-limit based on D is called the G otonality (“G oton”). I based the ornamentation on that suggested by CPE Bach.

I made three versions, and posted the one that was most interesting. 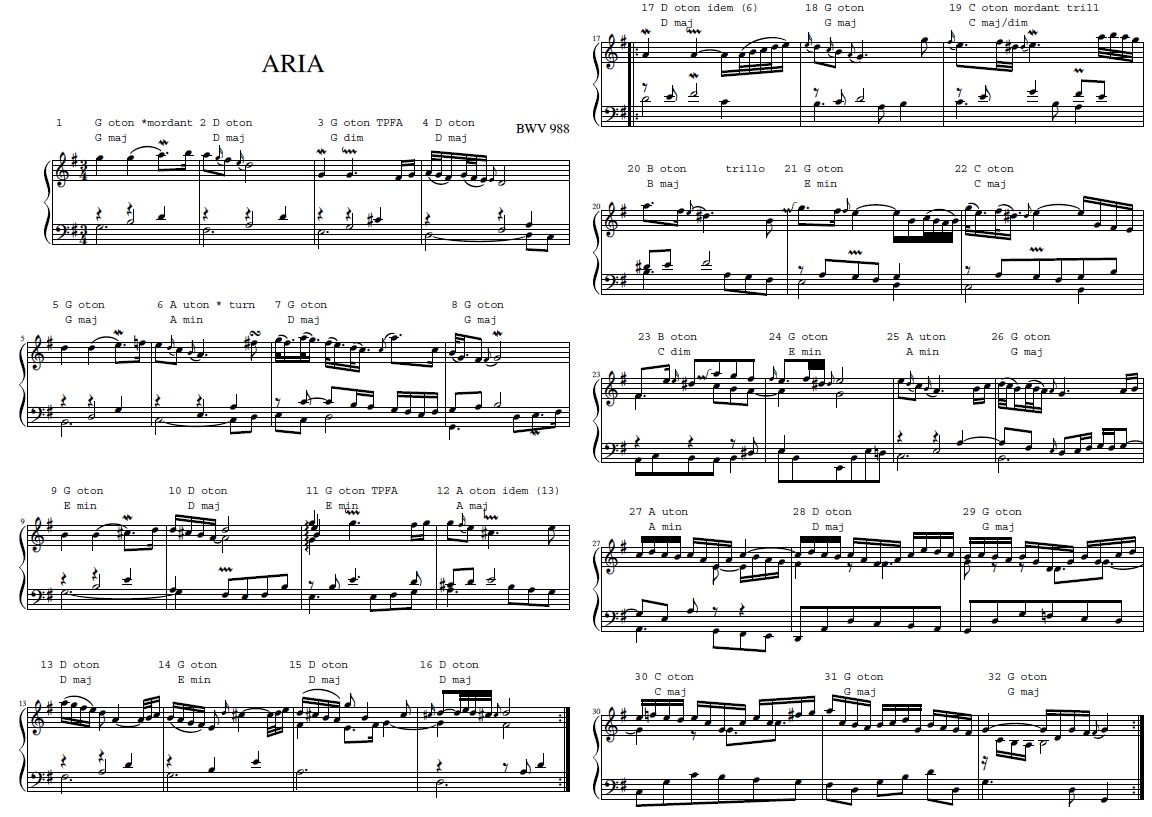