Scott Schumann
@shoemaker703
In my 20th-century analysis class today we looked at this moment in Holst’s “Uranus” from the Planets Suite. I think we decided to officially declare major triads w/ sharp 4 the “marching band chord,” since it’s used in almost every marching band/drum corps show

I see this as Holst playing the D# as an 11:8 over the following chord in A major. 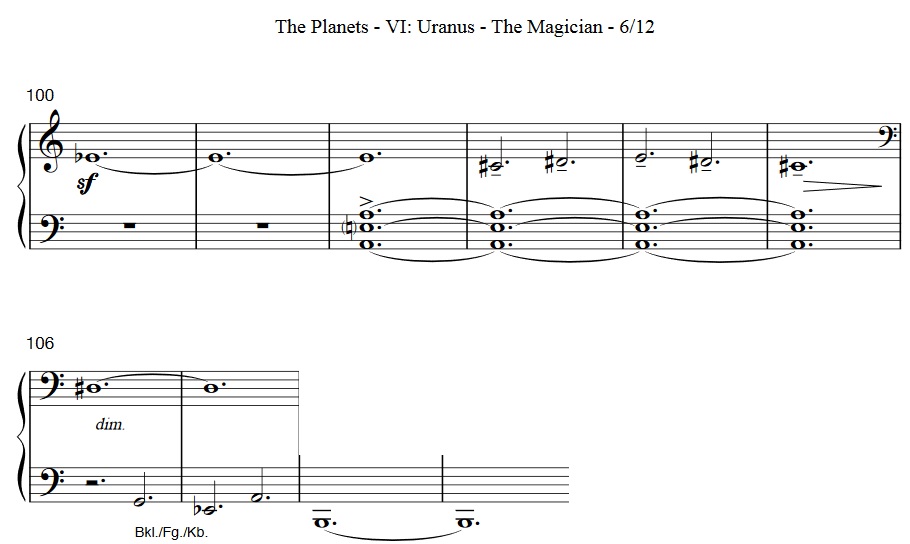