I have almost always used pairs of three note triads, six notes at a time. For example, the overtone series to the 11 limit can be laid out as the overtones 4 5 6 7 9 11, which is made up of a C major and D neutral triad pair. This piece attempts to expand that by taking six note chords and sliding them to other six note chords. Here is an example of one such progression, using baritone guitar strings. The two triads that make up the six note chords can be described as follows:
The progression: 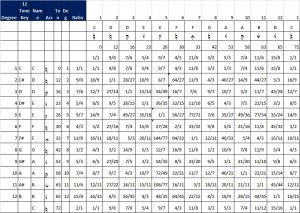 Your browser does not support the audio element.