Today’s work is a realization of the first eight measures of Bach’s English Suite #3 (BWV 809) Sarabande movement. The sarabande dance was first mentioned as a dance performed by Spanish colonists in the new world in the 16th century, thought indecent by some. Jesuit priests claimed it incited bad emotions in even very decent people.

By the time that Bach composed his English Suites, perhaps around 1718, it was considered a slow traditional dance form. What interested me about the piece is the interpretation of ornamentation. In the version that Glenn Gould recorded in 1977, he goes really wild with improvisational transformations of the written score. He has trills, rubato, glissando, and other ornaments that are not to be found in the score I have. Since I like to transform things, I decided to try my hand at it.

For this version, I created five or six variations for each quarter note beat in the 3/4 time signature. The software selects which 1/4 note duration to play at any given time. Some alternatives include glissandi (real ones), others have rubato, stretching notes across beats, and other changes.

The tuning is taken from several otonal and one utonal 16 note vectors in the 31-limit tonality diamond. 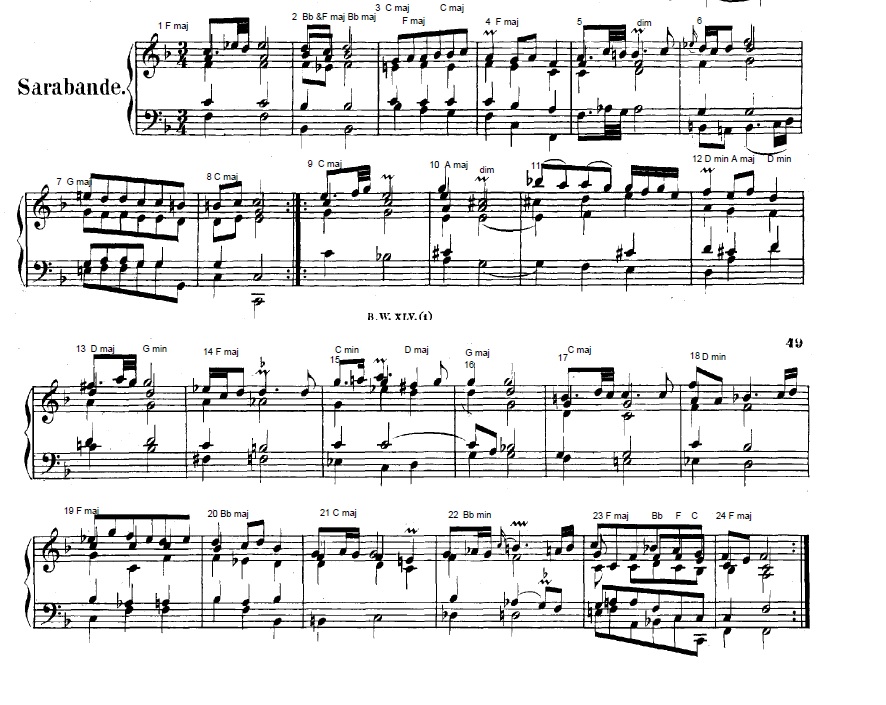