Here’s another one of Liszt’s recomposition of a song from Schubert’s Die schöne Müllerin. This one, in English, is called “Where To?”. The text is from a set of poems by Johann Ludwig Wilhelm Müller, about a wanderer who comes upon a brook and ends up in love with the miller’s daughter. She eventually spurns him because of his lower class.

In this recomposition, Liszt adds lots of arpeggios, but keeps the basic Schubert accompaniment to the vocal line.

This realization uses the otonality with a root of 32/21, a very sharp G major scale. Of the 16 notes in the 31-limit otonality, I chose the 12 that map well to the notes in the score. There are a few rough spots, but it is really amazing how one can chose 12 notes out of a 16 note scale derived from a 31-limit otonality or utonality, and come out with something that someone in Schubert’s time could recognize. 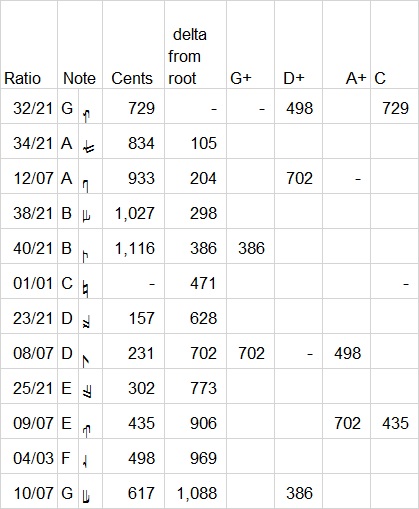 I couldn’t resist jazzing up the ending with a little stream sounds and some Tory Peterson recorded bird calls, including the Townsend Solitaire, White Throated Sparrow, and Hermit Thrush. 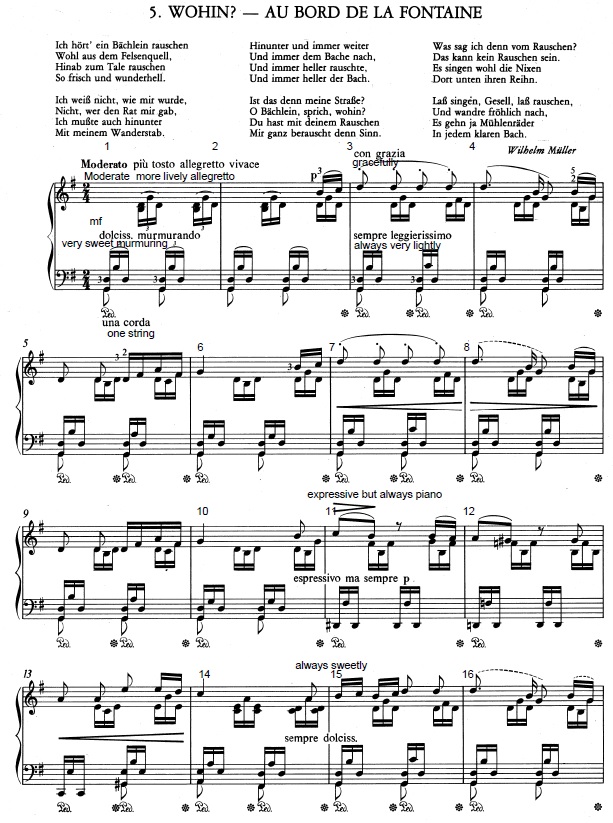