This is a final version of the Bach Adagio, transcribed for keyboard from an oboe concerto by Allessandro Marcello, first published in 1714 or so. The transcription is BWV 974.

Today’s version includes an additional D minor scale derived from the 31-limit tonality diamond. The scales used are the following:

Each of the scales also have several other triads that are just. For example, the D4 scale as an excellent just C major triad. D2 has a perfect F major triad, and D3 has a great G minor. Some others are close. D2 has a pretty good A major, except it’s 3rd is 24:19, 404 cents instead of 5:4 at 386 cents. Horseshoes and all that.

It’s performed on Prent’s Microtonal Slide Bosendorfer. I replace the trillos and mordants with slides. Previous versions are available here, here, and here. 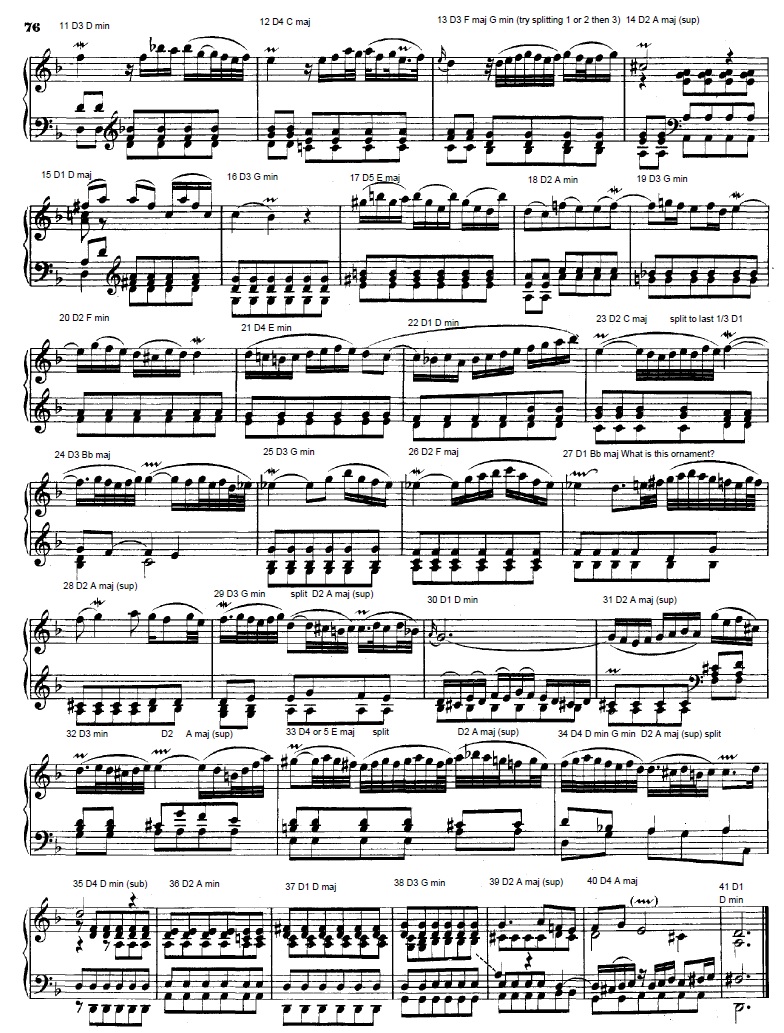