I picked this one because of all the trills and ornaments. Playing the piece on Prent’s Microtonal Slide Bosendorfer, I can take advantage of the subtle whammy bar on the instrument to replace some typical Mozart trills with slides and shakes. Never to leave a note with only a single ornament if you can give it a half dozen flourishes, as Wolfgang was known to do. Mozart published this when he was 19. I was playing high school rock band gigs featuring covers of “Smoke on the Water” when I was that age.

The tuning is based on two scales derived from the 31-limit tonality diamond. The primary scale is D major based on the utonality on 5:3 (A), in which there are very nice 9:8, 4:3, and 3:2, but the major third is 9:7, 435 cents above D. I call this a supermajor, and it has a sweet character. When the piece plays A major, D major, and E major, I switch to a scale based on the utonality of 5:4 (E), in which there are nice scales in those keys. I tried a total of 14 difference scales from the tonality diamond before settling for these two. 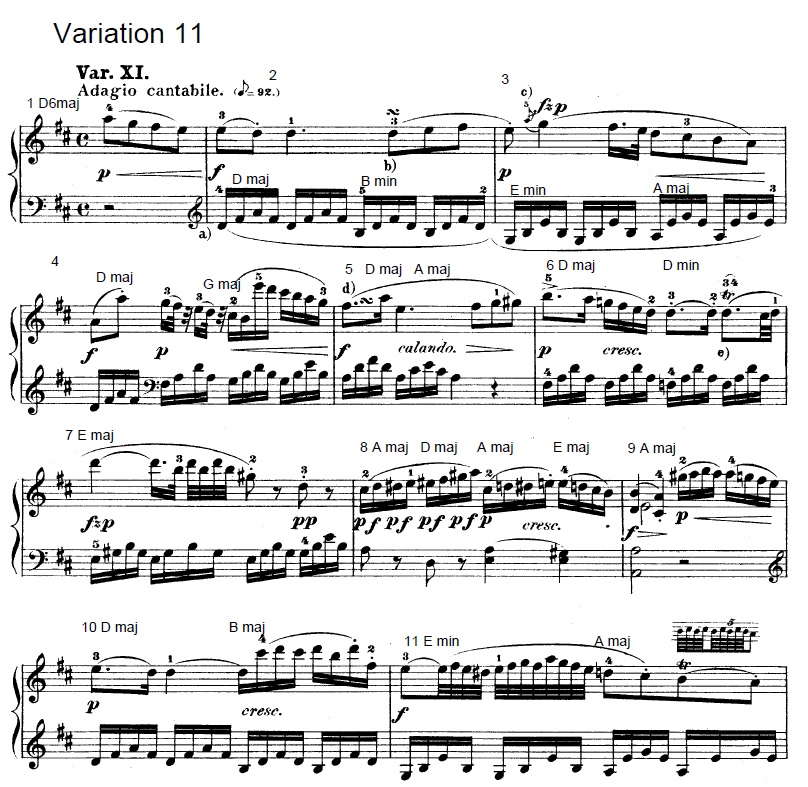