This piece is a work in progress, with more to come, and maybe less. It’s scored for Alto Flute, English Horn, Piccolo, Tuba, Trombone, French Horn, and Bassoon. I am using a different way to pick pitches, rhythms, envelopes, and volumes, and I’m still working through the issues. There are more indirect choices that the pre-processor makes, under the guidance of the Markov Chain Drunkard’s Walk algorithm. In the past, I would make some choices for him, but now he’s more or less on his own to pick among the lists of lists of lists of choices. Indirectness is the watchword. 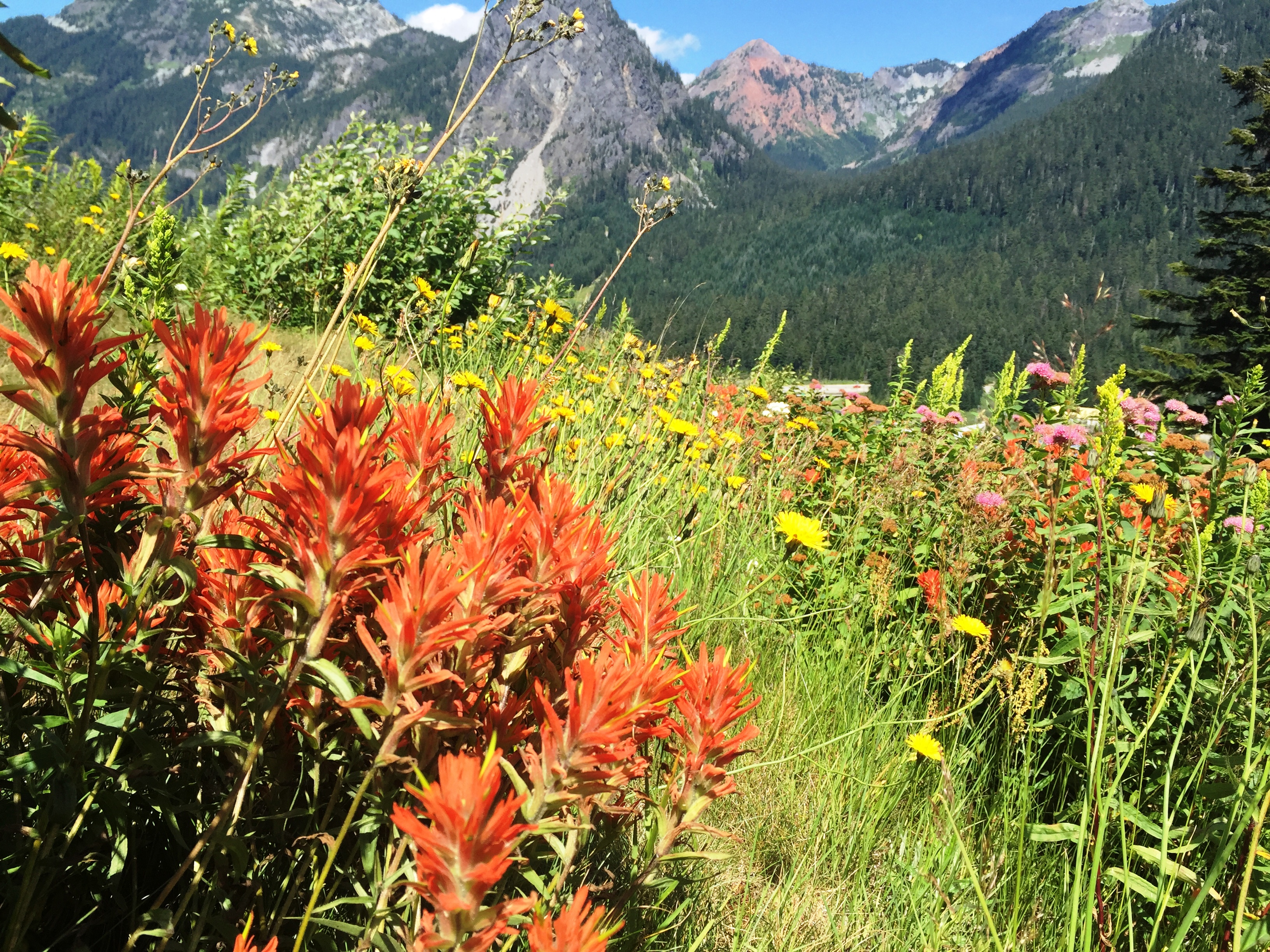 I should mention that Castilleja is the latin name for the common paintbrush, responsible in part for the proliferation of colors on the mountains up here. That’s a picture from last weekend on the Pacific Crest Trail near where we live.